Take A Walk Through Time With the AAA 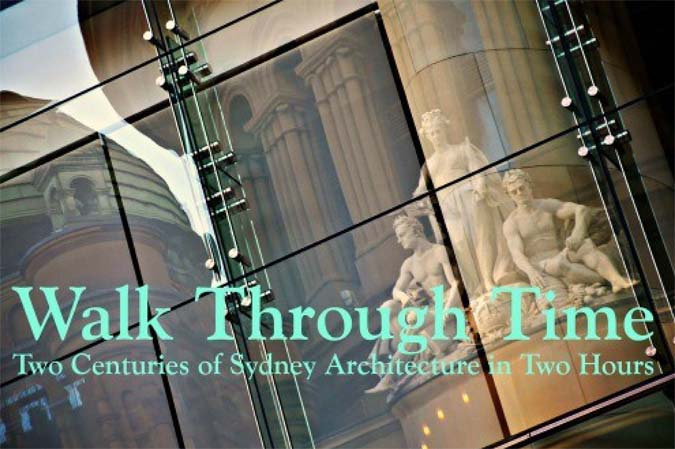 Over two hours discover two hundred years of Sydney’s built history on the Walk Through Time tour. Join an Australian Architecture Association trained tour guide on Saturday 13 October to discover how architecture has helped shape the landscape of the city.

Starting at one of the oldest remaining buildings of Sydney, Hyde Park Barracks, you will look at Sydney's humble start as a convict colony and how the architecture became more and more decorative during the Victorian period.

The 20th Century brought us influences from overseas such as Beaux-Arts, Art Deco and modernism.

We will show you post-war development of modernist thinking and the way post-modernism reacted against it.

By looking at Sydney Hilton and the Queen Victoria Building, you will discover how architects converted existing buildings and gave them a breath of new life.

Don’t miss out click here to secure your place on the tour. 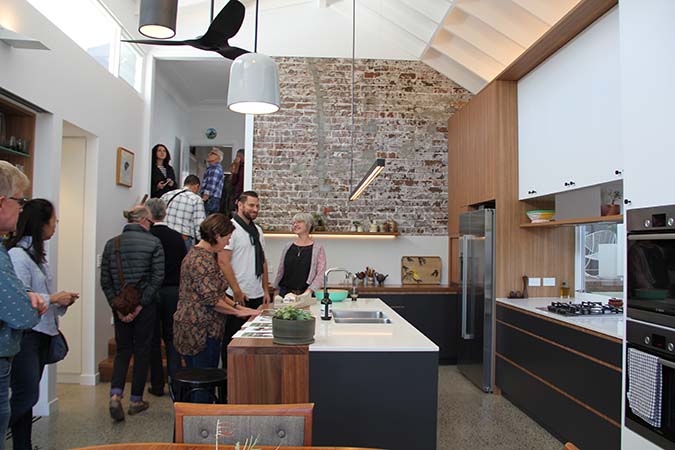 On Saturday 11 August 2018 the sold out AAA Residential Bus Tour, set out from Customs House to explore contemporary homes in Sydney's inner west and northern suburbs.

Enjoying perfect blue skies tour participants got to explore the interiors and exteriors of four fabulous residential projects designed by:

Midway through the tour participants were treated to a delicious three course lunch at Martha's in Castlecrag.

Below are some photographs of what was seen over the day.

Image 11: Sam Crawford explaining the inspiration for The Bower
Image 12: The Bower reflects the influence of Balinese architecture and sits in a secret garden invisible from the street
Image 13: The living space of The Bower enjoys duel views of the secret garden and of Cabbage Tree Bay

Thank you to all the architects and their clients for generously opening the doors on their homes. A great day was had by all!

Keep your eye on upcoming issues of 'All About Architecture' for announcements about the next residential tour. Make sure you book tickets early - otherwise you'll miss out!

Join the The Rocks Tour This Saturday 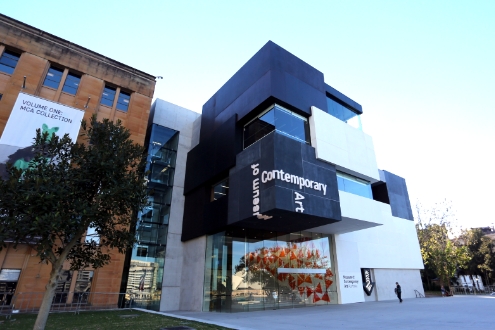 Discover the architecture and history of the historic harbourside suburb The Rocks. The Rocks tour will be taking place this Saturday 8 September.

Stroll with us through the hilly terrain and see how heritage and contemporary architecture co-exists in harmony. Discover the marks left on the district by the plague of 1900 and by major infrastructure projects such as the wharves and the Harbour Bridge.

We will also witness the metamorphosis of the area into new 21st century residential, commercial, recreational and cultural uses after the port facilities moved away in both Walsh Bay and Barangaroo. See how Barangaroo has been developed and hear about how the architecture shapes the foreshores of the city of Sydney.

The Rocks Walk developed by the Australian Architecture Association.

Numbers are limited, so click here now to book your place on the tour.

Get Your Copy Of Grand Designs Australia 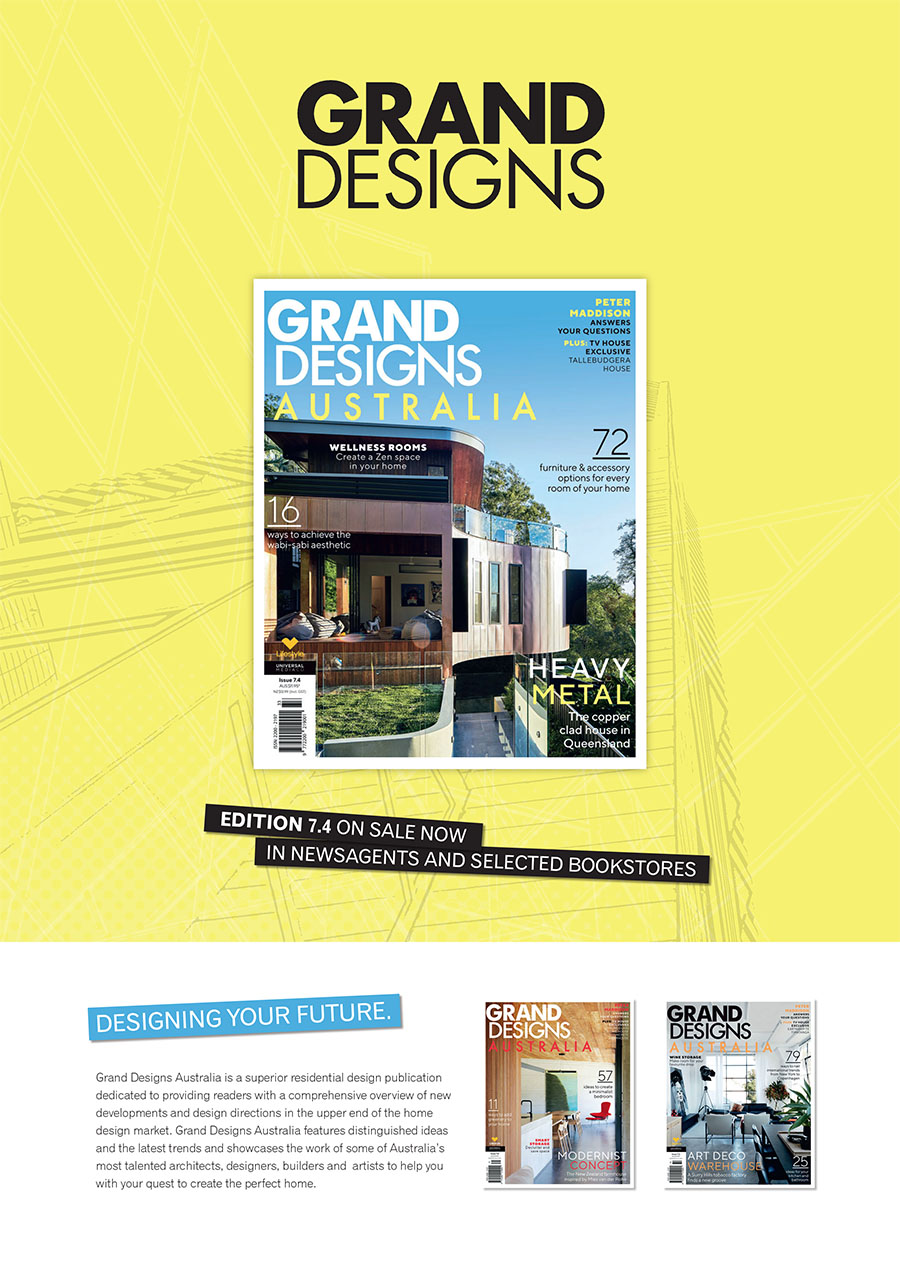 Hosted by Peter Maddison, Grand Designs Australia TV Series tells the stories of new home and the people who are building them. The popular series charts the process of elaborate design projects undertaken by self builders.

Grand Designs Australia is an information-packed magazine reaching consumers who are looking for a publication to provide them with advice and information when researching their home project.

The perfect inspiration for home builders, renovators and decorators, subscribe to the bi-montly magazine by clicking here. 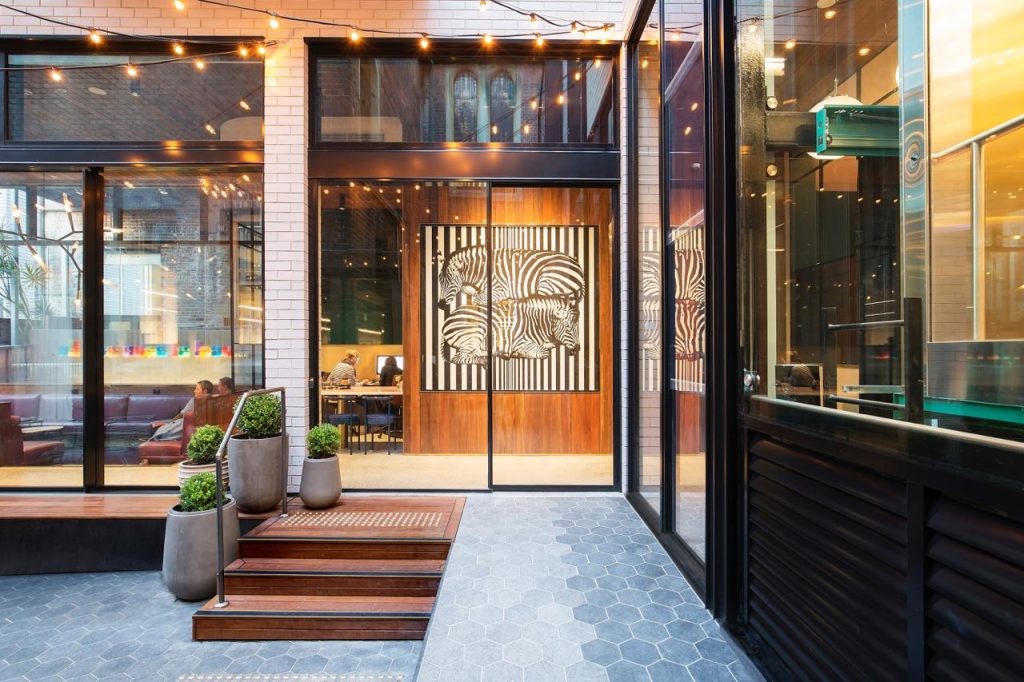 The architects - Terence Yong (Project Architect and principal of Terence Yong Architecture) and Chris Haughton (Principal of SHED), working in association with Project Manager and interior designer - Connie Alessi (Director of Archemy) and interior designer Cressida Kennedy (Director of Space Control Design), have created a unique experience for luxury travellers looking to immerse themselves in the character of Surry Hills. 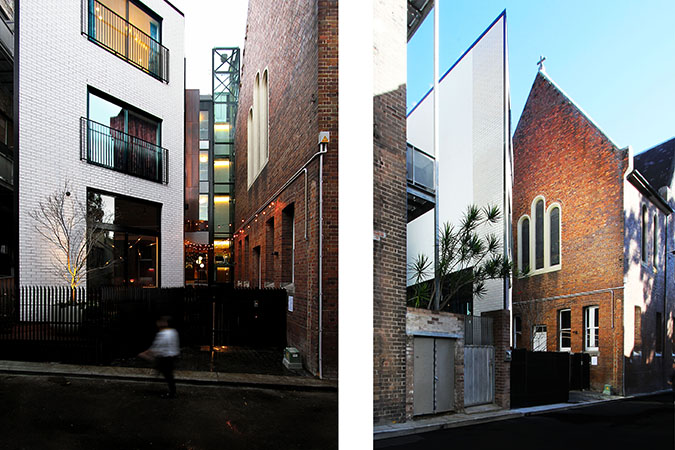 Situated in the heart of Surry Hills, Little Albion Guest House fronts two streets – Albion Street and Little Albion Street. It occupies a tiny North-South-oriented urban infill site in a densely built urban environment, and hence it is deprived of natural sunlight. It is sandwiched between two heritage buildings – a former Presbyterian church to the West, which is now a hip commercial office building, and a former school hall to the East, which is now a mixed-use apartment building. All three buildings form part of a Heritage Conservation Area. 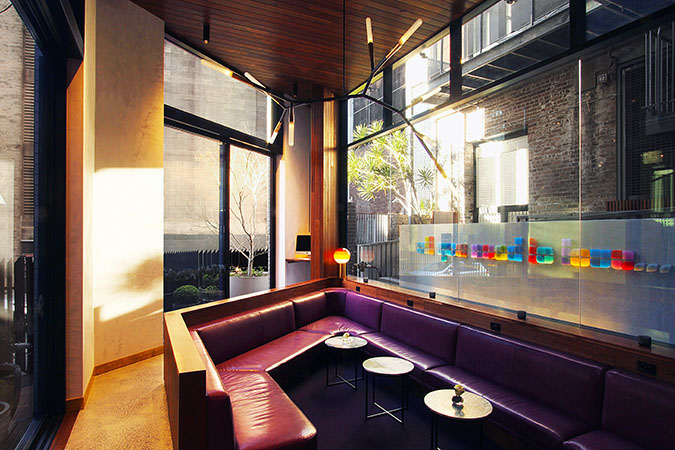 Reception and All-Day Sunken Lounge on the Lower Ground Floor and two levels of sun-bathed guest rooms above with neighbourhood and city views. The New Western Extension has three levels of sun-bathed guest rooms with expansive popout, steel-framed picture windows with banquette seating. Both extensions appear as vertical white brick boxes that are separated by a tall and sleek, attention-grabbing Glass Lift Tower.

8Hotel's founder and chief executive Paul Fischmann said travellers are all about the experience and are shifting more towards the boutique end of the market to "immerse themselves in a city".

The talk will be followed with an opportunity to go inside some of the rooms with the architect.

Behind a beautifully restored heritage former convent lays a world of tantalizing interior delights & surprises awaiting your discovery at every turn.

The building is capped with a North-facing, beautifully landscaped Secret Rooftop Garden with sweeping views of the city.

Hurry tickets will sell out fast, so book now! 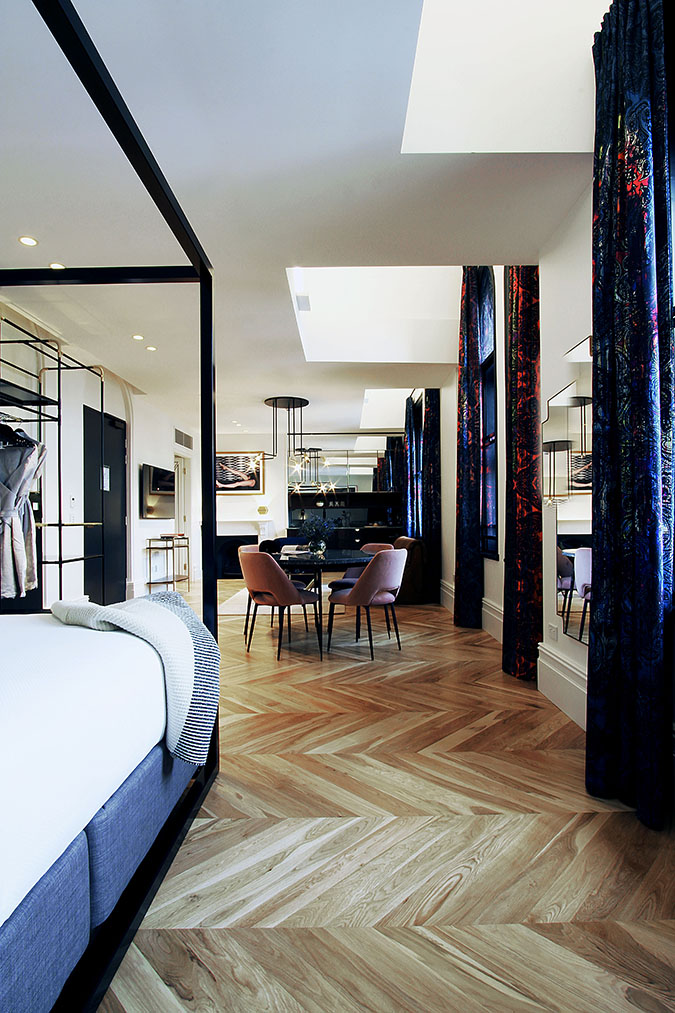