Explore Sydney Observatory With the AAA and MAAS 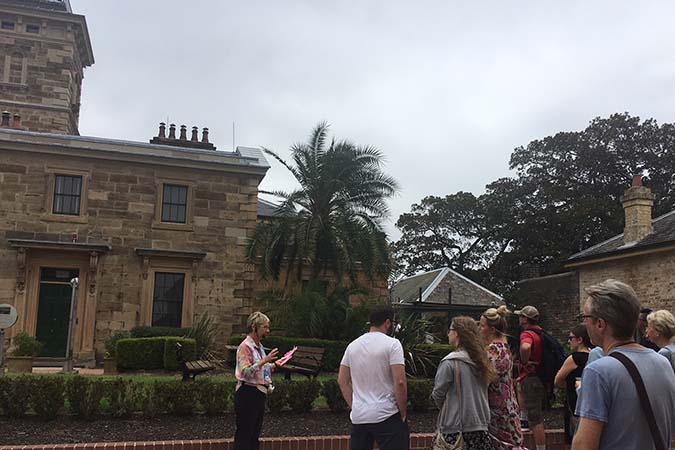 In association with MAAS (the Museum of Applied Arts & Sciences) the AAA developed a special architectural tour of the Sydney Observatory in Millers Point, The Rocks.

Join volunteers from the AAA on an architectural tour of one of Sydney’s most significant historic sites.

Built in 1858, Sydney Observatory is one of the most significant sites in the nation’s scientific history. It is recognised as an item of ‘state significance’ by the New South Wales Government and is heritage listed.

Beginning as the centre of scientific research for the colony of New South Wales, the Observatory has a seminal role in the history of timekeeping, meteorology, navigation and astronomy in Australia.

Now known as Observatory Hill, the site was previously known as Windmill Hill, Citadel Hill, Fort Phillip and Flagstaff Hill. Each name indicates the site’s function over time, all of which relied on it being the highest point over Sydney Harbour.

The Observatory buildings, built from stone with distinctive copper telescope domes, were built between 1857 and 1859 in the Italianate style. They combined the practical needs of an observatory with those of an astronomer’s residence. The Observatory grounds recreate the original layout and vegetation of formal gardens cultivated in the 1880s.

Location: Sydney Observatory, 1003 Upper Fort St, Millers Point NSW
Time: 11.00am - 12.30pm
Date: Sunday 25 November 2018
Tickets: Adult $30 / Concession $25 / MAAS & AAA Members $25
Accessibility: Please note there is no wheelchair access to many of the Sydney Observatory spaces due to narrow and steep staircases in the heritage-listed buildings.  Strollers must be cloaked on arrival.