Review of the AAA Black Talk By Julian Lipscombe 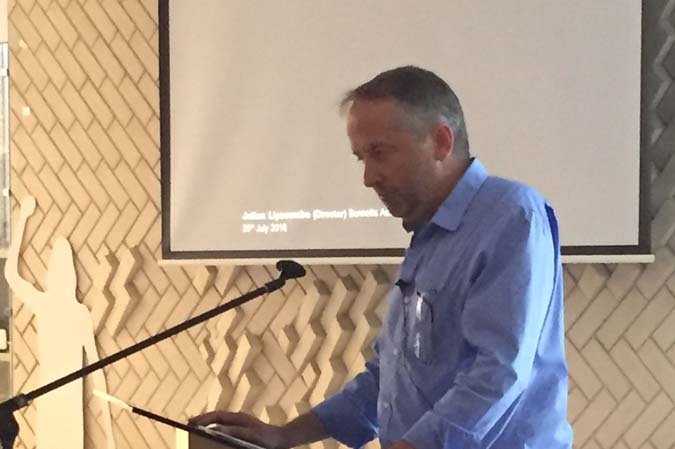 On Wednesday 20 July the AAA held a Black Talk by Julian Lipscombe, Director of UK firm Bennetts Associates at AAA sponsor Austral Bricks - Brickworks Sydney CBD Design Studio. The presentation, entitled ’THE IMPERATIVE OF PLACE: An Evolution in Approach’, explored the question - ‘What role is there for a distinctive ’Sense of Place’ in the seemingly inexorable tide of globalisation sweeping through architecture in the built environment?”. 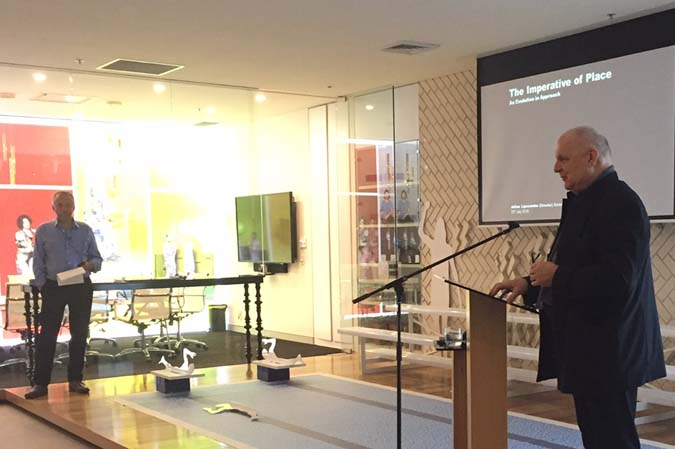 Julian Lipscombe began his talk with a brief overview of Bennetts Associates and the firms ideology when approaching design. Some of the principles they apply to their work included:

Two projects that are currently being worked on by Bennetts Associates were used as case studies to discuss the implementation of the firms design ideology:

Due to the large scale of the two projects, Julian first talked about urban planning and how key figures in urban design such as Camillo Sitte, Gordon Cullen, Jane Jacobs and Jan Gehl have influenced the firm’s approach to masterplanning sites. He then went on to explain in greater detail how they have implemented the firm’s principles of design in the two projects.

On the previous two occasions when Julian Lipscombe has presented to AAA audiences, attendees have given feedback saying how great a speaker he is. This talk was no exception. Once again Julian Lipscombe has given an outstanding presentation, making the process of design easy to understand and logical in implementation. The overwhelming impression taken away from the talk was of an architect and a firm that are human centred - focussing on people, their needs and their experience of space instead of making flashy built ’statements’.