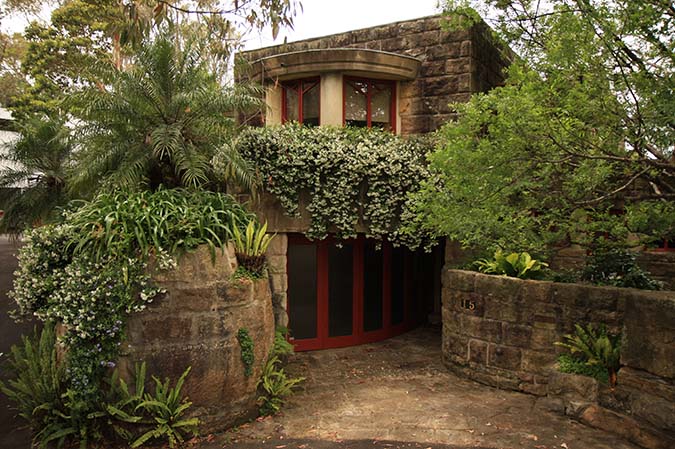 The Australian Architecture Association is launching an exciting new event called 'Exploring Modern Architecture'. On Sunday 31 July, tour three outstanding houses in Castlecrag that illustrate how ideas about modernity and what constitutes good house design evolved over the twentieth century and into the twenty first. Spanning a period of approximately seven decades, the three homes are innovative examples of their time. You'll be led on a tour of interiors and exteriors by historical experts as well as some of the original architects. At the end of the tour you are also invited to enjoy a light repast, be entertained by a panel discussion and discuss your own opinions on what is good design.

On Sunday July 31st this year, the Australian Architecture Association is introducing a new type of event intended to deepen the understanding of modern architecture amongst people who have a broad interest in design.  It is structured to answer three sets of questions:

During the afternoon, participants will be guided through three outstanding houses from different eras, each considered “highly innovative” when built.  Immediately afterwards, they will gather for a panel discussion which will aim to reveal insights on the nature of good modern architecture and its evolution which have arisen from the earlier house tours.  Citing and discussing specific examples will help generate forward-looking, broadly applicable ideas and concepts.

Participants will visit three exemplary architect designed houses situated close to each other in Castlecrag but built decades apart:

Stop Press.  Another launch event at the same gathering:  fishwickhouse.org

Also celebrated at the Fishwick house will be the launch of its own website.  A product of many years’ research, indications are that this will be the first not-for-profit site for a privately owned and occupied residence.  Designed to fill evident gaps in knowledge of this extraordinary, complex building, the site includes over 150 images from 19 professional and specialist photographers, cinematographers and artists, including Max Dupain.  Evidencing Griffin’s brilliance, ingenuity and creativity, it provides details of the house’s history, prominence, significance and architectural qualities and documents some forty of his radically new design elements.

The early evening panel discussion will be at the Fishwick house - highly appropriate because this was a frequent meeting and socialising place for members of early Castlecrag community groups, including the Griffins.  An informal, social atmosphere will encourage broad participation.

Panel members will be:

As numbers are limited, book early so you don't miss out on this unique event exploring three privately owned modern residences.