In Memory of Karl Ludwig 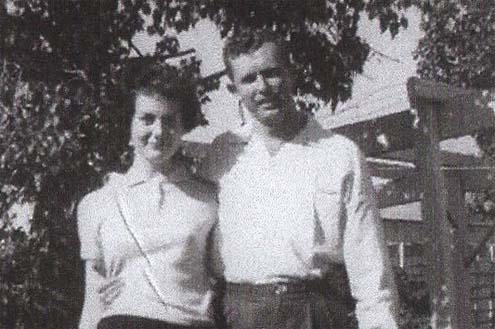 The Australian Architecture Association would like to extend their deepest condolences to Pamela, life partner of Karl Ludwig who sadly passed away last month.

A memorial was held to celebrate Karl's life on Tuesday 23 April. Annette Dearing, Vanessa Couzens and Vincent Lam attended as representatives of the AAA.

Karl and Pamela have been active supporters and members of the AAA since the early days of our organisation. Over the years they have attended virtually all of our walks, a host of our program of special events, AGMs and their more recent favourite activity the Residential Bus Tours.

We've only known Karl (better known as 'Woog') in his retirement years, so it was a privilege for us to be able to learn more about his youth and working years from remembrances on the day from his family, work colleagues and friends.

Karl was an active man who throughout his life was involved in sporting activities such as bicycle racing, competitive squash and running.

He worked for thirty-six years as a Specialist Callibration Technician for the former Electricity Commission of NSW. His fascination for all things electrical and mechanical expressed itself in his leisure hours in his passion for rebuilding cars, from MG's through to Jags.

Karl and Pamela also travelled extensively over their years together, often off the beaten track. For all who knew him through the AAA we will greatly miss his intriguing stories of his latest adventures travelling the world and around Australia. His shear breath of knowledge about, art, design and architecture was impressive.

The memorial of Karl's life reinforced that he was a man of quiet intelligence with an infinite sense of curiosity about the world around around him. He will be greatly missed and fondly remembered by all who knew him.