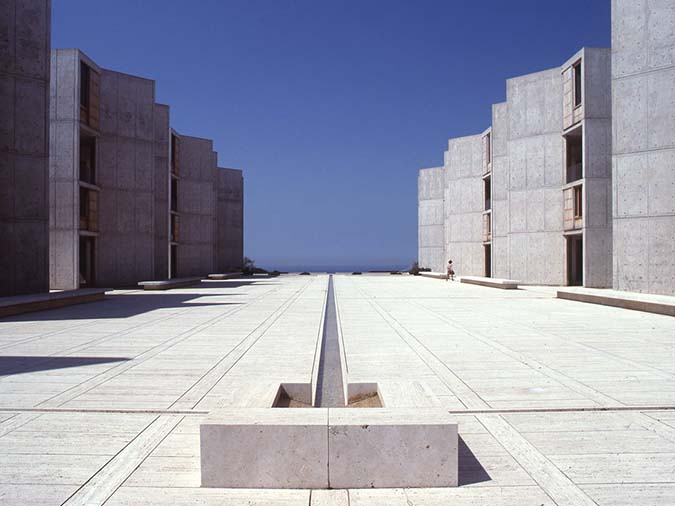 On Thursday 8 August 2019, don't miss the second talk in the AAA 'Iconic Buildings of the 20th Century' series. Hosted by Brickworks Studio, you will be enthralled as Tone Wheeler, architect and President of the Australian Architecture Association, reveals the stories of how three iconic buildings were conceived and executed. The second talk focuses on Louis Kahn's Salk Institute.

Architecture students wonder what the fuss is about: the austere highly geometric forms, the starkness, the unyielding formality.

The rigorous texts that accompany the works and Kahn’s reputation as a great teacher don’t seem reflected in the buildings. And then on a visit their ‘first Kahn' their attitude reverses: these are the greatest works of architecture of the 20th C.

They become devotees and almost religious proselytisers for the buildings, which only adds to the confusion for those who haven’t ‘accepted the religion of Kahn’.

This talk cuts through the rhetoric to explain, in greatly illustrated detail, the ideas, the experiences, and ultimately the extraordinary humanity that this building in particular exhibits. Tone has visited the building several times (and many other Kahn buildings), and believes that an enthusiastic study of the building can convey the power of the architecture without the costs of a visit.

Drinks and canapes will be served before the talk commences.

Click here to buy your ticket for the Salk Institute Talk. 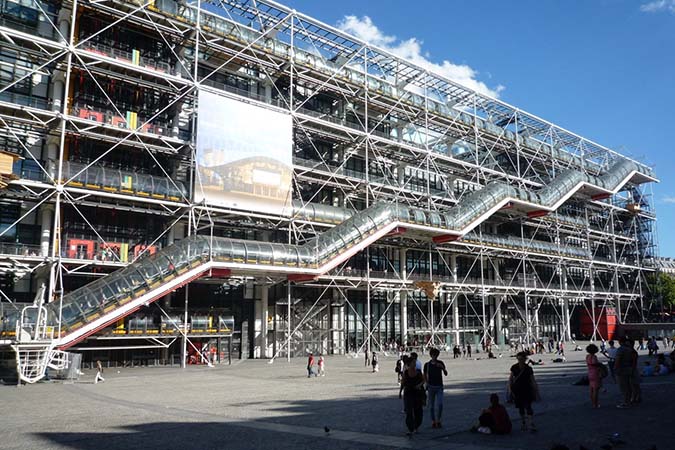 The third and final talk in the series will focus on Renzo Piano and Richard Rogers' Centre Pompidou.

The most visited building in Paris, in a city that boasts the Louvre, the Musee d'Orsay and the Musee du Quai Branly. In fact the most popular museum in the world!

So everyone knows the Centre Pompidou, colloquially known as Beaubourg, right? Wrong, and more than most could believe.

In this talk we go back to the competition (Tone has a copy of the original brief) and look at the ideas of the time.

Did you know that a now well-known Australian architect came second? And what bought Renzo Piano from Italy and Richard Rogers from London together to create a building that many believe is a turning point in Modernism?

Not just an ‘inside-out’ building, not just a great place to see Paris, and not just a backdrop to the most lively space in Paris, it is a formative work of art, a tour-de-force of architecture.

Come and hear the background to this extraordinary building that will give you a completely different perspective on this great site.

Drinks and canapes will be served before the talk commences.

Click here to buy your ticket for the Centre Pompidou Talk.