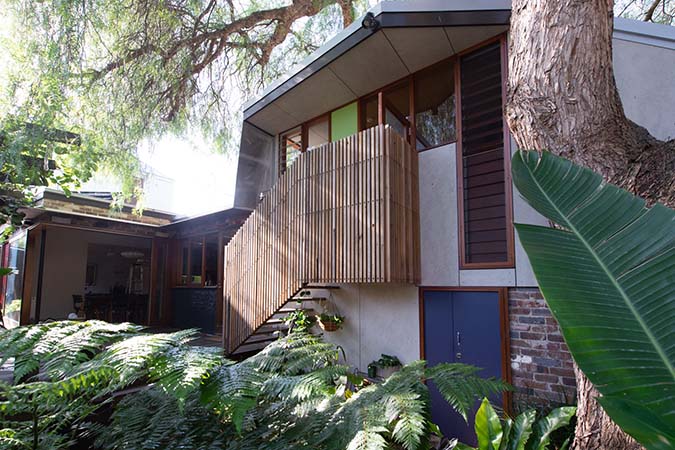 Meet award winning architect Sam Crawford, as he talks us through the evolution of his own home in Stanmore.

This is a 1911 Queen Anne period two bedroom brick cottage which has been carefully altered by the current owners in three stages over a period of 10 years to accommodate a growing family of six.

In 2009, portions of the rear of the building were modified for more efficient use of the available space, whilst sitting wholly within the original (or at least extant) footprint of the dwelling. The existing front bedroom was retained and the second bedroom converted into a bathroom, laundry and stair to two children’s bedrooms above. A new deck wrapped the north-west corner, shaded by a large pepper tree and cantilevered pergola. New openings were distinguished from the original by the use of clear finished timber frames.

The above work received a 2011 Marrickville Medal Commendation with the following jury citation:

"A freestanding Federation cottage with attic additions and alterations to the rear. Excellent sustainable practices such as recycling of timbers and bricks. Charming garden and courtyard which is brought into the house by clever sliding doors and large simple picture window. Pleasing use of colours, forms and materials, to create a sense of sanctuary. Commissioning of artists to contribute to the meaning of the place."

In 2017, a new garage and studio bedroom was added to the rear of the existing house and in 2018, a new micro-bedroom of 7sqm was added to the north side of the house, utilising a narrow slither of land adjacent to the front bedroom.

Sam Crawford Architects is a small practive based in Newtown, established in 1999.

The firm undertakes work across multiple sectors, including residential, public/cultural, education and heritage.

The firms work has been widely published, both nationally and internationally.

They have been the recipient of numerous awards and commendations, including the Australian Institute of Architects (AIA) national and chapter awards, the Australian Timber Design Awards and Intergrain Timber Vision Awards, the Dulux Colour Awards, Sustainability Awards and local government awards.

CLICK HERE and book now before the tour is full! 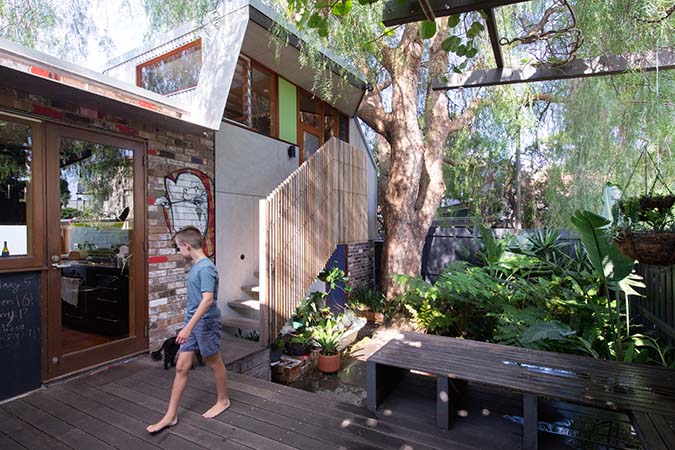